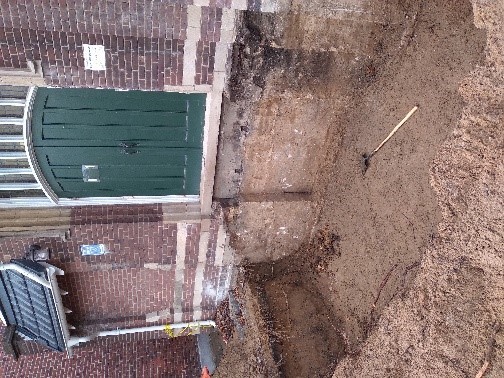 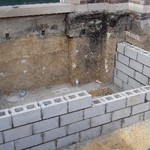 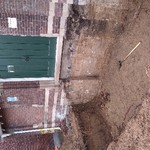 If you have been to Runnymede in the last few weeks, you will have undoubtedly noticed renewed activity around the Church’s front west steps and the new accessible lift walkway. After a long winter’s pause, we are now in the process of rectifying the lift walkway’s construction error from last fall. Since the effort to fix the lift walkway was going to be extensive, it was decided that we should also take this opportunity to replace the front west steps which were badly in need of replacement. Rebuilding steps that will last starts with solid footings and foundations. Footings need to be located below the frost line which is approximately 4 feet, which required major excavation (as you can see in the photo).

The second photo shows the beginning of the rebuilding process. Here, the step’s foundation is being constructed using concrete blocks. Next time you are at Runnymede, make sure to go over and observe the progress. If all goes well,  it is expected that the project should be completed by the end of May.